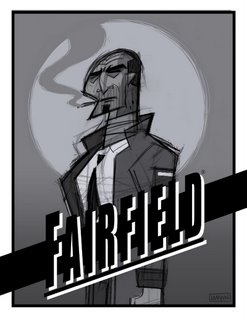 We'll be posting updates throughout the project, so stop on in from time to time!
Posted by Kmann at 1:00 AM 14 comments: 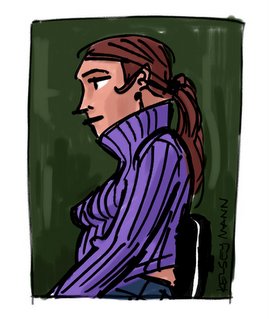 I did this sketch of my wife while I was on the phone. Sometimes it's good to have a post it note and a sharpie at arm's length. You never know when something may come out. A quick photoshop pass and here it is!
Posted by Kmann at 1:23 AM 4 comments: 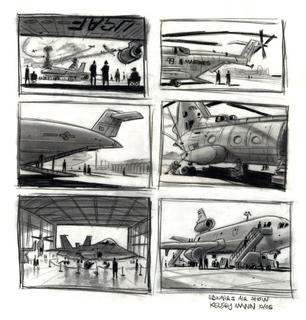 Over this last weekend I was able to find some time and make the trip out to the Edwards Air Force Show on Sunday. Here's a page of compositional studies I did while I was there.
Posted by Kmann at 1:08 AM 11 comments: 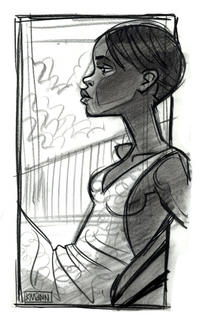 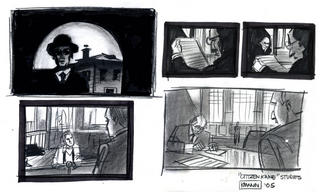 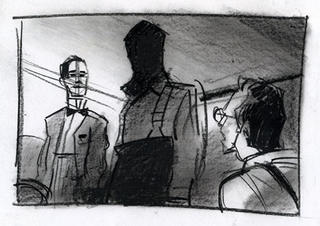 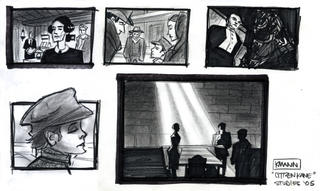 Did these while watching Welles' "Citizen Kane". Amazing cinematography and lighting in that film...
Posted by Kmann at 12:45 AM 4 comments: 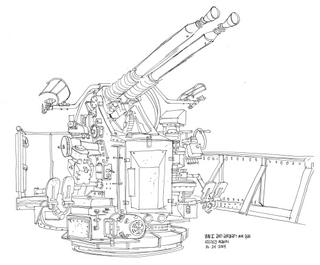 This is a sketch that I did while on a visit to the Queen Mary a while ago. It's of a gun on the deck of the ship that was added to the famed ship during it's war time. I try to vary not only what I draw, but also the sketching technique. I love doing this loose pen line look. It was a fun day, I wish I had more time to get out more. This was done when I was on a hiatus.
Posted by Kmann at 10:30 AM 2 comments: 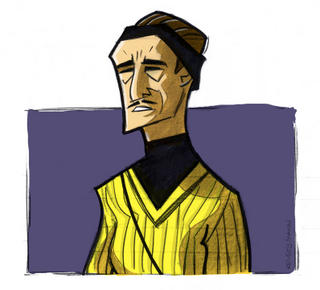 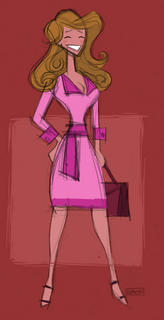 These are a couple random character sketches I did after watching movies. One is of David Niven in "The Pink Panther". The other is inspired from a Reese Witherspoon film. Any of you guys out there that are married, you know that from time to time you have to watch films like "Legally Blonde". Might as well make the best of it.
Posted by Kmann at 12:01 PM 6 comments: 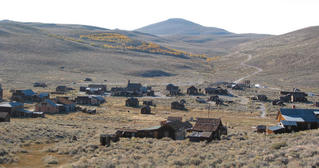 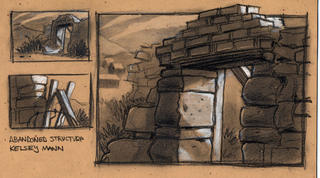 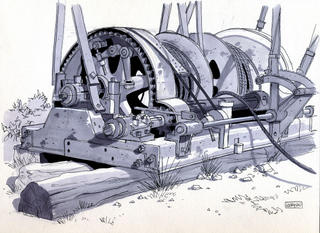 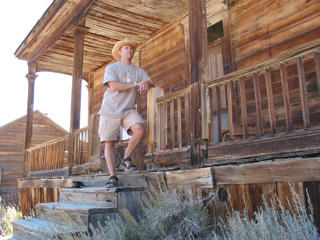 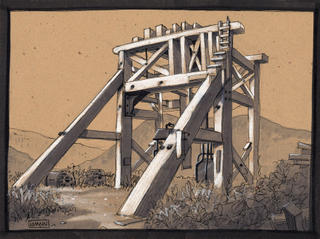 I guess a fun way to start is to show a series of studies I did while visiting the ghost town of Bodie, California. It's an old gold rush town that's been preserved as a state park. I went up there with a couple good friends of mine, Rob Lilly and Tim Szabo. We decided to take off one Friday night and head up there on a camping/research trip. It was a great trip and an incredible place to visit. If you'd like to know more, check out their website...http://www.bodie.net/. These are some of the studies I did on the day of our visit...and a couple photos that Tim took.
Posted by Kmann at 11:04 PM 6 comments:

I've been dragging my feet for more than a year on making myself a website. I'm as computer savvy as the next artist, but who the heck wants to do all that programming and scripting junk? Looks like my procrastination has finally paid off! Ha-ha! Free blogging! Take that tech geeks of the world!...actually, I'm just kidding...please don't give me a virus!

I hope to get this figured out and start posting soon...hopefully later tonight. Thanks for stopping by!
Posted by Kmann at 9:27 PM 3 comments: